Family-Friendly Fun in the Southeast
You are here: Home / Adventures / A Peek Inside Potter’s Wax Museum: America’s First Wax Museum 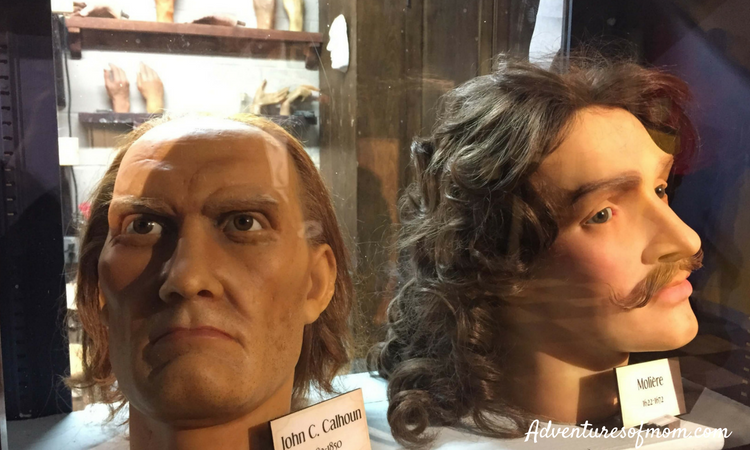 You can rub shoulders with history and Hollywood at Potter’s Wax Museum in St. Augustine, Florida. Located on Orange Street in the oldest city in the continental United States, Potter’s has the distinction of being the first wax museum in America. 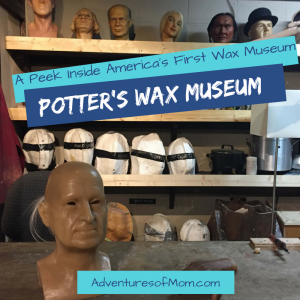 The World According to Potter

Potter’s Wax Museum was established in 1947 by George L. Potter, who found his inspiration from a childhood visit to Madame Tussaud’s Wax Museum in London. Though not nearly as extensive as the famed Tussaud’s, Potter’s Wax Museum offers an eclectic selection of wax figures- from the historical, like Napoleon Bonaparte and his Josephine to an entire gallery devoted to King Henry VIII and his wives; Hollywood fiction like Harry Potter and Lord Voldemort and Star War’s Yoda, to celebrities of today from the Shaq -Shaquille O’Neal to Britney Spears.

Like Tussaud’s, there is even a dedicated ‘Chamber of Horrors,’ where you can face your fears of Halloween horror Freddie Kruger, or a blast from the past with the springs monster from The Creature from the Black Lagoon- a movie filmed in Florida’s Silver Springs.

Confront the founding fathers seated before the Declaration of Independence or the lineup of United States presidents. Have a sing-off with Elvis or discuss the universe with Galileo.  And as always in St. Augustine, explorer Ponce de Leon and founding father Pedro Menendez de Aviles are on hand to remind you about the incredible historic city you are visiting.

The best time to visit Potter’s Wax Museum is early in the morning. It’s not a big museum, so depending on how much oohing-and aahing you do, it can take from a 30 minute speed tour to a leisurely stop-to-read-all-the-plaques hour. The wax museum is located on the city gate end of St. George Street, so if you are parking in the St. Augustine Parking Garage, it’s the first attraction you come across.

This entire museum is indoors, which makes it a great stop to escape the famous Florida afternoon showers. Also it is air-conditioned, which offers much needed respite during those hot summer days. 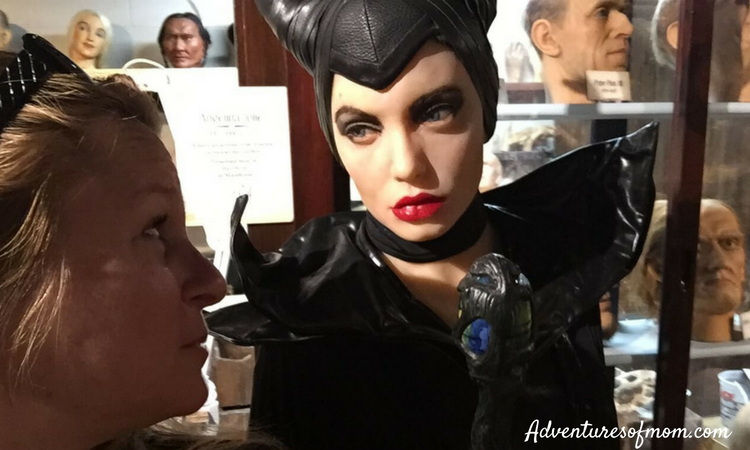 Potter’s Wax Museum is located in the Oldest Drug Store on Orange Street in historic St. Augustine. The Oldest Drug Store dates back to 1886, when it was established as the Spelssegger Drugstore, family-run and operated until the 1960’s. The Potter’s foyer is still set up as the old drug store, and you can view the glass displays of medicine bottles and historic paraphernalia. 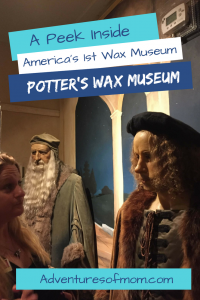 Related Posts That May Interest You