Family-Friendly Fun in the Southeast
You are here: Home / Adventures / Exploring Scott Springs: a Hidden Grotto in the Heart of Ocala 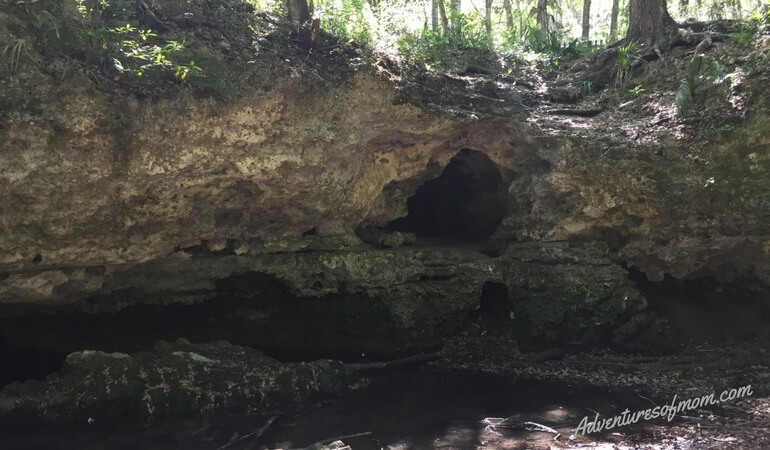 Scott Springs, the secret Grotto in the heart of the city.

City Parks. Yeah, we’ve explored our share: from the Sculpture Walk around the lake at  Tuscawilla Park in Ocala, the winding boardwalks of Peterson Park in South Lakeland, a Greek Parthenon at the Centennial Park in Nashville, to the woodland hike at Yahoola Creek Park in Dahlonega, Ga. And then there was the grotto, smack between the Walmart and Aldi on Easy Street in Ocala: a park known as Scott Springs. 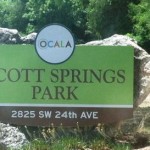 Scott Springs: the grotto in the heart of the city

Scott Springs appears as a  non-descript, run-of-the-mill, city park, a place for locals to have a quick lunch break in nature, the neighbors to walk their dogs and a green area where families can run their kids. I had visited Scott Springs many years ago, when litter cluttered up the spring and grotto, and people roughed it in the park, and, after spotting someone napping in the underbrush, I was in no hurry to return. That was many years ago, I might add, and on the off-chance that the park had changed with time, I nipped over there with my daughter last week.

“We can leave if we don’t like it,” I told her, preparing for a quick retreat, but luckily,  we were in for a pleasant surprise. 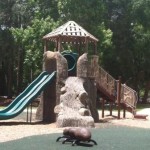 Newly built paths wound around the 22 acre park ( with more in the works). The brush that had covered most of the area had been completely cleared, affording an unobscured view across the entire park. The path to the grotto was still the same, a wooden deck jutting out over the clear spring-fed water with a view to the cave. 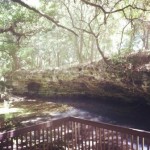 And speaking of the cave, we ran into a local who had worked on the Scott Springs renovations. He told us the police had been diligent in cleaning the park up and he also told us about a boy who had been found living in the cave- for six years-alone! The boy had been discovered by one of his teachers when he was a senior in high school. ‘Wow, he was motivated enough to attend school,’ was my initial thought. This event had happened years ago, and though I searched,  I was unable to come with any news stories on the subject, but the local told us that the boy graduated from high school, was sent on a vacation paid for by the teachers and then attended a military academy thereafter.  Six years in a cave. Alone. Could you do it? 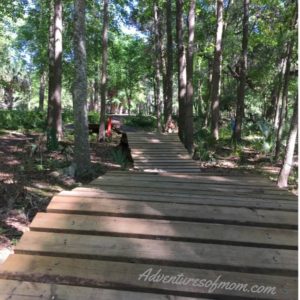 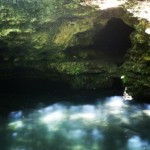 The hidden grotto in the heart of the city at Scott Springs Park in Ocala, FL

1. A good place for a picnic a bike ride (3/4 mile bike trail) or just to stretch your legs and let the kids run.

2. There are public toilets! Woohoo, but Walmart is literally right across the entrance road- a good place to pick up that picnic lunch!

3. There is NO entry fee to this park.