Family-Friendly Fun in the Southeast
You are here: Home / Adventures / After Irma: Post-Hurricane Florida

Hurricane Irma was the strongest hurricane in the Atlantic ever recorded by the National Hurricane Center. On September 9th-11th, Hurricane Irma swept a destructive path across Florida from the Keys all the way up through Jacksonville. Over a week later, we are still reeling.

As Irma grew to a monstrous 400 mile wide, category 5 hurricane, Florida was placed under a state of emergency. 6.3 million people were told to evacuate their homes (our state population is 20.6 million). Panic rose. Food, water and gas supplies quickly depleted and heavy traffic congested the coastal evacuation routes and interstates. Cars were left stranded on the roads- no gas. Lines for what gas stations had gas wrapped around blocks. Tempers flared. And Irma had not even yet arrived. 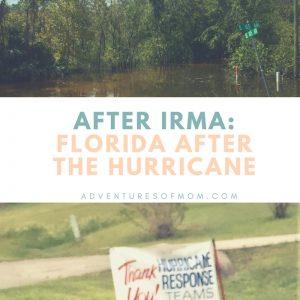 Prepped for the oncoming storm, I had only a one-way tank of gas left, so we were stuck- hunkered down for the storm with a houseful of family, friends & furry critters. I made a big pot of ham & beans and cooked up rice- I tend to cook when I feel anxious. The winds picked up long before Irma even touched Florida.

We watched the news- mainly Facebook news feed news as the storm hit- striking the Caribbean islands and then the Florida Keys. Storm surges of 10 feet or more. Then the pictures came flooding in of water disappearing everywhere pre-Irma’s strikes. Tampa Bay got sucked out. There was a video of people walking on a dry bay. The expanse of Crystal River became a creek. It was hair-raising to see the reports. Was a tsunami coming? (A more science-minded friend assured me that tsunamis were caused by earthquakes and Irma’s ferocious winds were simply so strong that they were pushing the water away- kinda like a parting of the Red Sea, prior to her arrival).

Irma slowly etched a northeastern track up Florida after striking Marco Island and Naples. The eye was now directed to go straight through us. We prayed the northwestern cold front and Hurricane Katie in the Gulf would knock her out to sea, but she didn’t budge her slow, destructive crawl. A storm that’s 400 miles wide and traveling 14 miles an hour takes a long time to get anywhere, and Irma thought so too, powering down from a category 4 to a 3 down to a 2 by the time she arrived in our area.

Irma arrived late Sunday night- early Monday morning. I could hear the windows being sucked in and out from the force of the wind and kept an ear open all through the storm for the dreaded sound of a tornado touch-down. Rain lashed against the house- sideways for the most part. Outside the front window, two bullfrogs had decided to camp for the night and serenaded us with loud croaks all night long. Sometime during the night my daughter and I heard a cracking sound- but neither of us knew what it what it was.

Ironically, during Irma (and after) we mainly kept in touch with family and friends via Facebook posts. And Verizon wireless suspended limits and fees during that time so we could stay in touch too. (Thank you!)

Many people lost power during Irma (an estimated 3.3 million people)- some prior to the hurricane’s arrival, others during the storm, and still others. like us, after Irma.

Our ‘crack’ in the night was a tree snapping and falling across our drive. A neighbor had a pine tree that was completely twisted around, though held onto to the ground. Huge oaks fell, pines fell and power lines fell with them.

And that water that was sucked from the bay and rivers? It came back with a surplus- filling retention ponds, roads, and any dips in the landscape that it could. The water is receding- albeit slowly. 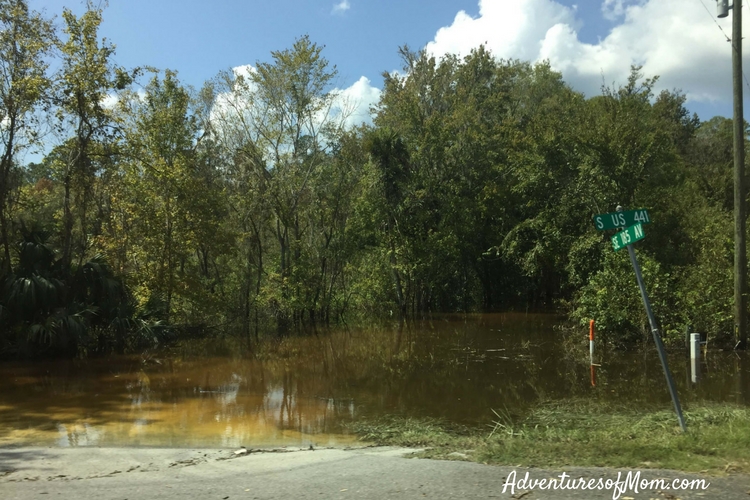 The local schools were used as hurricane shelters, and without power, all of the area schools were shut down – many for the entire week.

Crews of electricians, tree-cutters and debris removal trucks had been on standby pre-Irma. Now they swarmed the roads. We were told to stay at home while the roads were cleared and linemen worked on the powerlines. 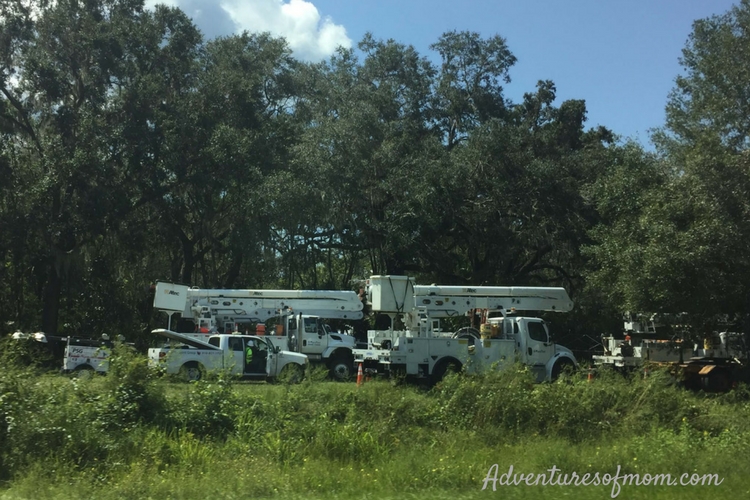 We faced a curfew. No one was allowed out and about after 10 pm. I didn’t have gas. We weren’t going anywhere anyway.

Instead of hearing the crickets under a starry sky- we listened to the noisy generators. But the stars still shone above. And the mosquitoes hadn’t descended yet.

The birds that had vanished pre-Irma stayed away for an another day before returning.

Most gas stations were still out of gas. Most grocery stores were bare. Police officers were directing traffic through busier intersections, as the traffic lights were down.

We eagerly awaited the rumbling sounds of those electric trucks. And an outpouring of gratitude went out towards all of the service men and women and first responders who were helping to restore our lives.

Due to the onslaught of the past few weeks- from hurricane prepping to the storm and after, a lot of people are in a daze- apparently this is normal. Take time to recover. Hug those kids. Take a walk together. Play some games and have some meals together. Chat about sports or music. Normalacy will return. 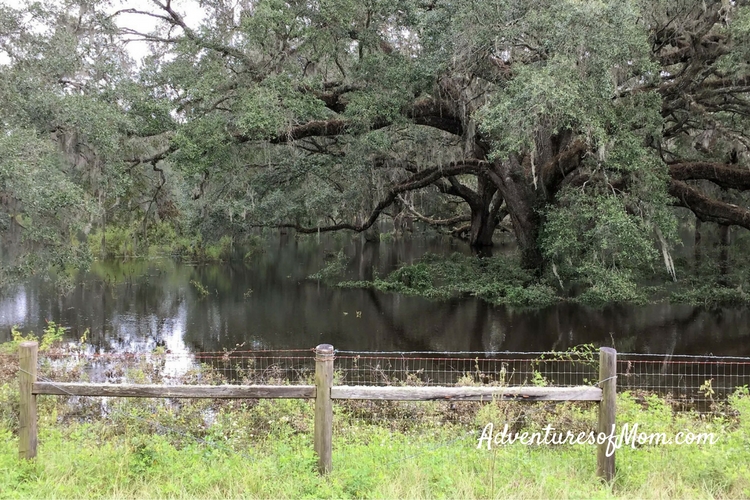 Hurricane Irma and You

Were you caught up in Irma’s path? FEMA offers hurricane Irma disaster assistance for those in need. Their rumor-control page is like Snopes but more official, dispelling the crazy rumors swirling around Irma- and confirming the others (like our gas situation- which is okay now).

Want to help? FEMA suggests that cash is the best, most effective way to help those in need- through a trusted organization.

Other Posts That May Interest You: