Family-Friendly Fun in the Southeast
You are here: Home / Adventures / 7 Terrifying Places in the World You Never Knew Existed

7 Terrifying Places in the World You Never Knew Existed

In search of a Halloween-fright fix? Look beyond the  slap-em-up-for-Halloween haunted houses and try a destination that will set your heart a-pounding! From real torture chambers to the gateway to Hell, check out these terrifying places around the world you never knew existed. 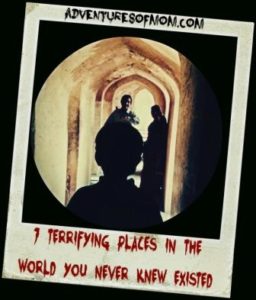 7 Terrifying places in the world you never knew existed

And for those Walking Dead fans, if you can hold on until after Halloween,  the American polls open for the US presidential elections on November 8th. Apparently  CBS2 Los Angeles discovered over hundreds of dead people voting in California. Who knew!